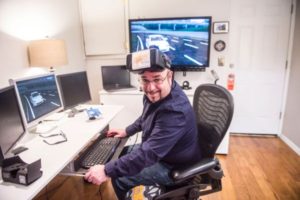 Virtual reality is getting real for businesses on Long Island.

From a restaurant in Farmingdale to a construction company in Cedarhurst to a spa in Roslyn Heights, they are using the new technology to get an edge in marketing, often hiring local companies to create their immersive computer simulations.

“This is the wave of the future,” said Brian Berkowitz, whose Twilight Artistry in…

To Read the full article